Last Saturday saw Ann & John finally get back into the hills after a 2 month absence. The forecast for high winds and fairly dodgy avalanche conditions, plus lack of leg muscles, meant we headed for the Glen Tanar area to see how it went. Luckily the car park had been cleared and a short walk across the road was all that was needed before the skis went on. The estate had been driving around in a small tracked vehicle that made the skiing much easier and more fun than it would have been otherwise, and we got caught in a photoshoot for the ranger service’s website:

We headed up the Glen which was very pleasant in full winter wonderland mode. After a few km we got a bit tired of the limited views so we headed up onto the extensive high undulating ground east of the glen. This gave us some good views especially towards Lochnagar and felt a bit Nordic with the scattering of small pines. The only downside was that the wax on the skis, which had done a fairly good job so far, started balling up in the colder conditions.


We soon reached our high point of the day, the mighty Baudy Meg (488m) and it was time for the descent, often the hardest part of any tour on skinny skis. With variable snow and intermittently sticky skis we picked our way down slowly using cautious but effective steppy turns and before long were back on the forest tracks and easier going. All in all a good first outing of the year.
Posted by John at 1:37 PM No comments:

Email ThisBlogThis!Share to TwitterShare to FacebookShare to Pinterest
Labels: Skiing

NOT THE CIC HUT

Due to a very poor weather forecast for the Lochaber area, it was decided not to go to the CIC Hut last weekend. Instead Ed, Mark and Linda planned to head into the Hutchinson Hut, due to better weather in the Cairngorms.
Come Saturday morning Linda pulled out due to feeling unwell, which left Ed and Mark heading for the hills along with a procession of skiers. Along the way Big Mikey and Rod were spotted with skis on their back heading for Lochnagar from Invercauld.

Bypassing the skiers who were stacked up in Braemar waiting for the snow gates to open, we made it to the car park at Linn of Dee. On a lovely sunny morning we skied along the Derry Road making the first tracks of the day. After a quick pit stop at Derry Lodge we continued at valley level along Glen Derry until finally reaching the Hutchinson Hut after 5 hours of slow going through deep snow. By the time we reached the hut the weather was turning for the worst.

The recent refurbishments to the hut had included a new porch, wood lining and the ubiquitous bothy stove. After an early visit from an RAF Helicopter which briefly landed by the hut to say hello, we were then joined for the night by 2 young instructors from Glenmore Lodge. Once the new stove was lit the hut quickly heated up, although the supply of wood left over from the building works is now fairly thin.
An evening of chat, whisky and Ed's bothy food (smoked salmon and brocolli pasta) passed quickly before bed time.

Sunday brought another fairly bright start and although we didn't make the earliest of starts we planned to head back over Derry Cairngorm. We skinned up to the slopes above Loch Etchachan until the wind became too strong to ski (we kept being blown over!). We continued on foot up the slopes of Derry Cairngorm, but again before the top were stopped by the wind, which was almost constantly blowing us to a standstill / to our knees. We decided to retreat down into Coire Sputan Dearg and the Luibeg Burn. Again due to the wind and our poor skiing ability we made slow progress with a lot of falls (at least on my part). Eventually we made it back to Derry Lodge where a much needed break was had (I had totally bonked by this point). A final ski along the now slushy and churned up Derry Road took us back to the car just before dusk – a long and tiring day for myself who hadn't been out in the hills for a couple of months and so was extremely unfit.

Evan, Andrew, Phil and Neomi, who were also going to the CIC Hut, instead opted for a day trip to Glas Maol on Saturday to take advantage of the good Cairngorm weather.

Tuesday this week was the night of the epic AMC slide show competition.  Members were invited to submit 3 slides for the competition, one for each category below:

The below slides were the winners! 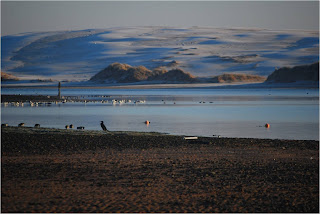 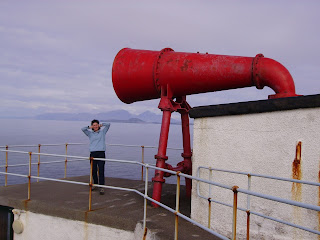 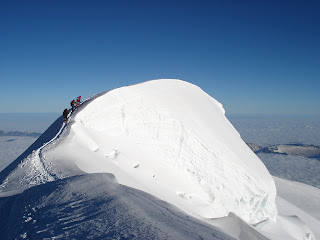 Special mention to Ed Smith too for highest number of votes without actually winning any of the categories!

Cheers to all who took part!